Get fresh music recommendations delivered to your inbox every Friday.
We've updated our Terms of Use. You can review the changes here.

Not Yet Chaos by The Last Broadcast

by The Last Broadcast 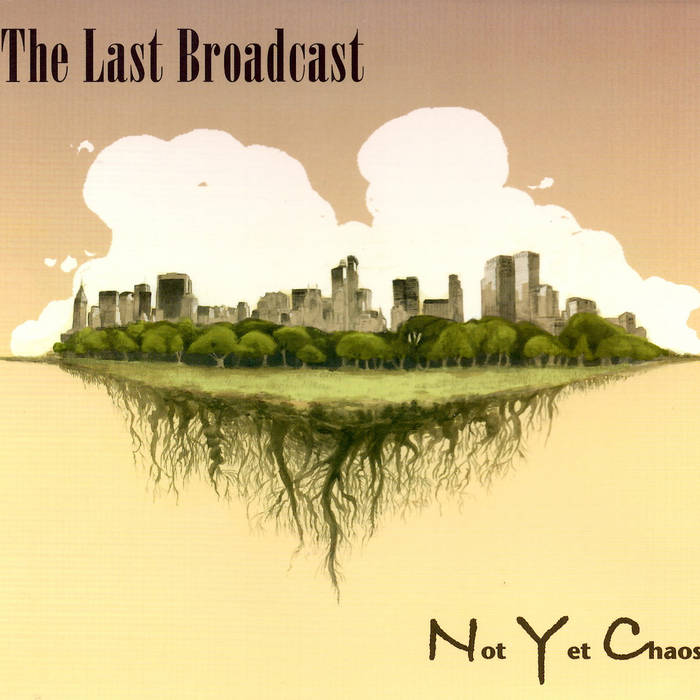 Notable stories about this album:

Most of the drum tracks were recorded in Evan's parent's basement in Long Island...I used his drum set which was already mic'ed. None of the songs were recorded to a click track except Oil Slick.

We found Chris Huth (artwork) through an old high school buddy of mine. He lived in Denver and had never been to NYC yet we were asking him to invoke the spirit of NYC in his artwork. What he came up with was partly from our random ideas we conveyed to him and also from him listening to the album.

Most of these songs were forged and polished in our rehearsal space at the fairly well known Music Building in midtown NYC. Our room was a few floors up from the White Stripes' room.

Drummer who's had the great pleasure of playing music with some incredibly talented musicians. Here are some of the recordings we made...enjoy!

Bandcamp Daily  your guide to the world of Bandcamp

Oakland producer Mejiwahn chats about his breezy and transportive LP.